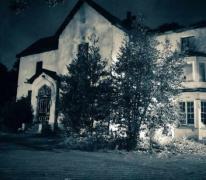 Antwerp Mansion was built in 1840 as a private home as part of the Victoria Park estate, the world's first gated community for the new super-rich industrialists of the Victorian age. It was built in a very early version of the Gothic style which became very popular with the Victorians in later years. For 82 years it remained the residence of a single family until at one time it appears to have been the home of the Belgian Consul.

In 1922 the building was massively extended with a ballroom and snooker hall and became a private members club for the elite gentlemen of the area. For many years it was one of the most important Conservative clubs in Manchester and it is thought Winston Churchill visited on at least one occasion.

In 2009 Antwerp Mansion became a home for much of the new musical and artistic talent of Manchester, eventually becoming one of Manchester's most notorious rave venues. 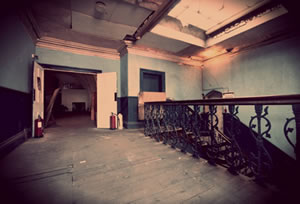 There have always been rumours that the building is haunted, with staff experiencing strange noises or a feeling of being watched. Members of the club often used to report seeing a person or shadow walking the length of the house from the blue room to the end of the ballroom. The caretakers in the late 70s have stories about the smaller bedroom. At the time it was used for storage of much of the original furniture including a rocking chair that used to rock by itself.

The house seems to have an energy all its own. For the right people it creates a safe bubble away from the world. It feels like a home you'd forgotten you'd lost and are happy to have found again. For the less fortunate, the house itself takes care of your departure. People leave feeling unwelcome and with no desire to return.